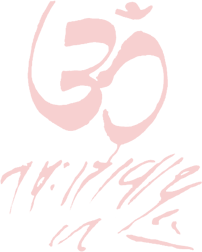 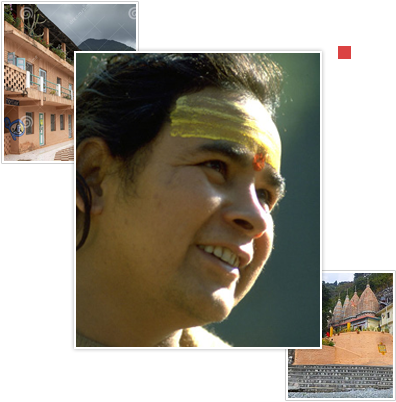 Shri Shri Babaji has been a divine presence on earth to redeem mankind from grief and karmic suffering. His Grace and guidance have helped many to advance their evolutionary process. Throughout the different eras, Babaji manifested his Divine self in different body forms to enlighten the people who sought him.

In 1970, Sri Babaji reappeared as Bhole Baba of Haidkhan in a remote cave at the foothills of Kumaon Mount Kailash. Appearing as a youth of about 18 years, he radiated a powerful aura that was extremely awe-inspiring. In September 1970, he climbed the top of Kumaon Mount Kailash and sat there in yogic mudra and meditated without moving from his seat for 45 days. People around the area watched him with deep awe as he continued his deep meditation and spoke occasionally. It is from this place that Shri Babaji started his teachings and laid the foundation stone of Haidakhan Samaj to spread the message of  TRUTH, SIMPLICITY, and LOVE..

Babaji taught his followers to lead their lives based on truth, simplicity, and love and eliminate all differences based on caste, creed, and religion, thus creating a more compassionate society. Babaji taught them the value of Karma Yoga- “Service to humanity is the first duty” and Japayoga- “God’s names are more powerful than a thousand atomic and hydrogen bombs”!

People thronged in large numbers from all over the world drawn like bees to the fragrance of his Divine presence. His preaching was brief and precise, followers were getting healed in the most subtle ways, experiencing transformation, and feeling liberated from the maze of karmic patterns. Under Babaji’s piercing, yet compassionate gaze the villagers’ lives were getting transformed as well. As part of Karam Yoga, Babaji started the construction of the landmark nine temples at Haidakhan along the beautiful river Gautami Ganga as well as creating a green belt for growing local crops. The villagers were getting new means of livelihood and the marginalized segment of communities in and around the region started getting the much-needed attention.

In the year 1984 when Haidakhan Babaji took Mahasamadhi and left his human abode for his onward celestial journey, people felt anchorless as their Babaji was no longer present to guide them in human form. However to carry on with His vision of creating a more compassionate and inclusive society Babaji had already indicated his successor to be Shri Munniraj ji . Babaji ensured that his foremost & very devoted disciple Shri Munnirajji continued with his teachings and Haidakhandi Samaj was formed under His divine guidance. The devotees from diverse backgrounds continued to visit the Ashram and supported the Samaj in its selfless service to humanity.

After the spiritual guidance of Sri Muniraj ji, who had devoted his life to the service of Babaji and then the Haidakhan Samaj - Sri Alok Banerjee was appointed as the Chairperson.

Under Alok Banerjee’s able guidance and with the Divine blessings of Shri Babaji, the Haidakhandi Samaj continued with its vision and spiritual purpose of transcending the boundaries of countries and illuminated millions of hearts across the world.

The present Chairperson of Haidakhan Samaj is Honorary Brigadier Dr. Arvind Lal (Padmashri). Dr. Lal was introduced to Haidakhan Baba in the year 1973 by his mother who was an ardent devotee of Shri Babaji. With Babaji's blessings, Dr. Lal has given new dimensions to Haidakhandi Samaj. Today the Samaj has three ashrams in India and many centers across the world. Many new initiatives were taken under his able Chairmanship such as health and medical facilities, women’s health and their development, girl child education, and empowerment.

Shri Babaji manifested in human form with a very innocent demeanor and was fondly addressed by his devotees as BHOLE BABA of HAIDAKHAN. Shri Babaji is a reincarnation of Mahavatar Baba who is prominently mentioned in the most read book of our times  ‘Autobiography of a Yogi’. He has continually manifested in human form as a divine soul on earth (not born of a woman), since the beginning of creation, to guide and help mankind.

The simple message of Babaji “ TRUTH, SIMPLICITY AND LOVE” became the foundation principles of Haidakhandi Samaj.  Karma Yoga – to continuously serve for the betterment of mankind, simple lifestyle of devotees, and love for all including the Divine, forms the ethos of the Samaj. Over the years the divine purpose of “selfless love to humanity" through Babaji”s teachings, prayer rituals and outreach programs have been carried out by all his devotees worldwide.

After Babaji took Mahasamadhi on 14th February 1984, Muniraj ji took over the reigns of Haidakhandi Samaj as the Spiritual and Administrative Head. Babaji had subtly hinted to most of the devotees about his going away and preparing Muniraj ji to take over the mantle. He soon became a much-loved father as well as a guiding figure to all who came to the Ashram. The Haidakhandi Ashram gained momentum and many overseas centers of Babaji and the Samaj were formed in picturesque locations in the US and all over Europe.

In its spirit to serve mankind, especially the villagers in the remote mountain areas, Haidakhandi Samaj started medical camps to serve the poor around Chiliyanaula. The Samaj, in line with Babaji’s wishes and with his supreme blessings, laid the foundation for an Allopathy Hospital-SHREE BABA HAIDAKHAN CHARITABLE & RESEARCH HOSPITAL (SBHCRH).

SBHCRH – the hospital at Chiliyanaula, Ranikhet becomes operational. It serves the poor in the region by providing medical facilities not readily available in the region. Specialized medical camps are held regularly within the hospital as well as in remote areas with the help of visiting doctors and free consultancy and medicines are provided. Currently seeing the needs of the villagers- free cataract surgeries, retina care, free post-op care as well as dental & ENT services are provided to the people within the region.

Under the vision of Muniraj ji who believed that a time would come when our inherent traditional medicinal system popularly known as Ayurveda would play a pivotal role in curing chronic ailments - the BHOLE BABA AYURVEDA HOSPITAL (BBAH) is established at Chiliyanaula, Ranikhet. This also could lead to starting an Ayurveda University for the area in times to come. BBAH offers ayurvedic treatments & panchakarma facilities under the supervision of trained and proficient Ayurvedic doctors.

Shri Alok Banerjee takes over as Chairman of Hadakhandi Samaj

A new project by the name “Baba Haidakhan Girl Child Project” is launched by Dr. Vandana Lal under the auspices of Haidakhandi Samaj to provide education and other development assistance to girl children from the impoverished Kumaon and Gharwal regions. This outreach program is for their upliftment and positive contribution to society at large.

SBHCRH ties up with the reputed Dr. Shroff's Charitable Eye Hospital, Delhi - a leading eyecare organization to deliver best medical practices and to provide employment and training opportunities to the local population.

Haidakhandi Samaj is led and guided by Chairman, (Honorary) Brigadier Dr. Arvind Lal, Padma Shri. His connection with Babaji began in 1974 to truly mature and bond with his Guru in 1977. He personally served Babaji over the years as well as the Samaj in various responsible positions despite his hectic business activities. (Honorary) Brigadier Dr. Arvind Lal with his professional and corporate background brings a different level of proficiency in the working of the Samaj.

For the first time, Live streaming of the Haidakhandi Samaj Navratri event starts.

Supported the local administration towards the Covid vaccination program

During the difficult and challenging times of the Covid Pandemic, under the Divine Guidance of  Shree Babaji, Haidakhandi Samaj continued to support all its employees with utmost compassion and empathy. Haidakhandi Samaj also supported the local administration regarding the Covid vaccination program.

The total number of eye surgeries has exceeded 10,000.